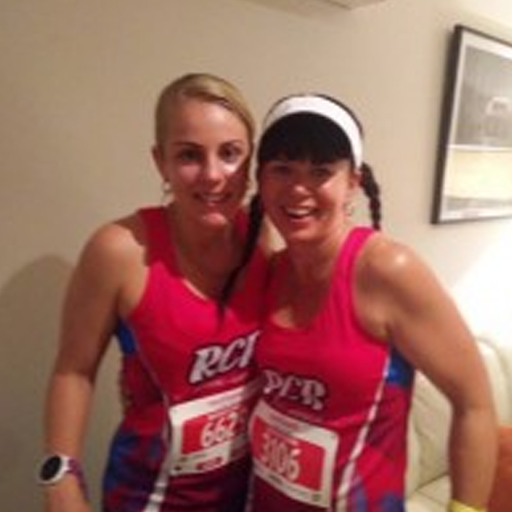 It’s 3 days post Melbourne Marathon today at time of writing this! Here’s a recap of the race, mainly from a nutritional perspective for your benefit and entertainment!
Race morning was Sunday and I was extremely nervous and a little emotional standing on the start line with my good friend and training partner Amanda from GIYA running. It was unusual for me to feel nervous, but I had a time in mind, not just intent to finish. In addition (here’s a confession you’ll love) my nutrition in the 2 weeks leading up had not been ideal. My usual, fairly clean (but still delicious) balanced meals had been interrupted with bouts of ‘picking’ on cheese and biscuits, the odd spoonful of ice cream usually reserved for the occasional dessert and nibbles of chocolate here and there (if you just ‘nibble’ it doesn’t seem as bad right because you don’t really have any idea how much you are eating!?) This was a bit weird for me because I rarely suffer from self-control issues around food and I know the consequences for me when I eat badly (anxiety, misery, absolutely no energy whatsoever). I truly put it down to a little self sabotage and as a result I had been feeling heavier and lethargic in the days leading up to the race. Nevertheless it was race day, nothing could change what I had done and I did feel ready to run.
We crossed under the official start line and I began passing people up the side of the pack straight away. The first 10km passed uneventfully. Except for the fact that I was running fast. For me that is. I needed to average about 6min kms to come in at my desired time but some of my kms were as quick as 5:20. I was arguing with myself in my own head about pulling back, but I didn’t feel as though I was exerting myself so I figured I should just run where I was comfortable.
Once I headed into my second ‘race’ for the day (I had divided the marathon up into 4 races: 0-10km, 10-20km, 20-30km and 30-40km) I made a pact to try to hold 5:40kms and at this point I started drinking (water only) from the aid stations every 5kms. There is so much research around hydration in sport. I tend to focus on drinking to thirst and being conscious of getting some electrolyte in to maintain the ‘balance’ of water to salts. Hyponatraemia (basically too much water, not enough salt) is a more serious (and common) issue than dehydration in running despite the fact that many people drink to the point of being waterlogged. I was disappointed to see that the race ‘electrolyte’ at the aid stations was Gatorade when there are so many truly scientifically formulated sports drinks now available that would be far better than the sugar water provided. I had 2 Hammer Endurolyte tablets on hand that I took at around 25km so I didn’t have to rely on the sticky orange solution. It was lucky I did have these on hand – I was thirstier than normal and drinking from most of the aid stations. I put this down to not hydrating properly in the days leading up the race despite telling my clients to do this themselves; I had been travelling for work the week before but still, that’s no real excuse.
Close to the 30km mark my brain was on overdrive trying to work out whether I would need to take on some sort of carbohydrate fuel and when. My first marathon I had done without fuel, but I had been running faster than intended today so I was wary of churning through my glycogen stores. I was visualising my ‘metabolic fuel burning curve’ (below) and trying to do the math – it was a great distraction! I would normally go into a race with a homemade gel, but again due to logistics leading up to race day this had been impossible. I had a Vfuel gel (one of the most natural on the market) tucked into my sports bra and I had a ‘slurp’ of this at about 30km. Well, I think I managed a quarter of it and then I chucked it – my goodness gels do not float my boat! I grabbed a banana off one of the aid stations at 35km and had 1 mouthful of this. So not a lot of fuel all up – maybe 15g of carbohydrate, but it was enough to get me through and maintaining consistency. Without it, I think I may have hit the wall a few kms from the end. Oh and my breakfast on race morning (5:30am) was quinoa porridge – a balanced meal with quinoa (carbs/ proteins), some raw protein powder (protein), coconut oil (Medium chain Triglyceride; fat) and berries (carbs). A ‘practised’ meal; that is I knew I could run on it and feel fine. 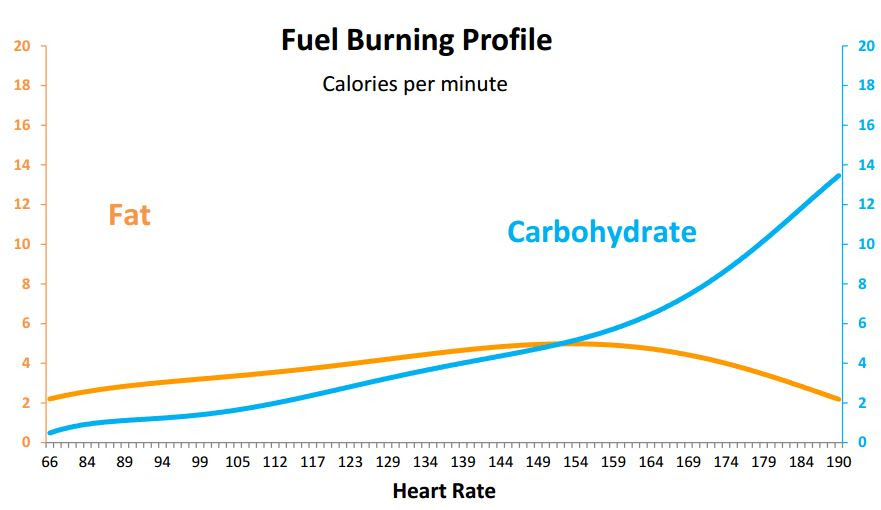 At about 38.5km I felt a ‘shudder’ in my legs and I thought ‘oh no, am I about to bonk!?’ I have only experienced the true awfulness of bonking once in my entire life and that was earlier this year at River Run 100 at 23km (of a 25km leg). I had been exhausted in the week leading up and had not refuelled well after any exercise sessions so I figured my glycogen stores were kaput. It was actually a great lesson because it made me aware of how truly soul destroying and ‘real’ bonking is and more determined to help endurance athletes to preserve carb sources. Thank goodness, the shudder radiated down my body and left – it may have simply been the shock of a small incline as you round the botanical gardens and head for the last 3km.
If I could find the young boy who was handing out mini, lime, frozen icy poles at 39km I would hug and kiss him, because it was lovely to have a mouthful of sweet lime ice melt into my mouth heading back into the city towards the MCG. I always feel devastated for the people who are walking at this point… imagine getting that close to the end and being on track for around 4 hours and then having to walk. That’s the difference between a 4 hour and a 4:45 finish. That’s the challenge of the marathon I guess… is it more physical or more mental? Hmm… another argument you could have in your own end during a race to distract from the pain :).
Through the tunnel and into the MCG we went. When you see the finish you can finally relax and realise you will make it :). My splits were fairly even and I was so pleased to still be running strong all the way to the end. I crossed under at 4:11:38 and my official time was 4:10:16. In Canberra, my first marathon I did in 4:39 so quite a big PB.
I had a H2Pro500 electrolyte tablet (I now stock these) and some more water about half an hour after race finish but I wasn’t in state to eat much besides a little bit of fruit. We did have some champagne in our room around an hour after finish time; not the ideal rehydration strategy but it slid down quite easy all the same.  Lunch was fish and quinoa salad (with lots of salt) and dinner was an amazing Tortellini which I thoroughly enjoyed. Now I have returned to my ‘normal, balanced’ approach although a few extra carbs in there to replenish lost stores. I hit the pool today and I am looking forward to running again, which I guess is the best outcome after a marathon.
This is my race story not yours and your requirements may be different, however there are certain fundamentals I do believe in. This includes the idea that everyone (athletes included) should eat actual food (not ‘food like products’ that contain chemicals not ingredients) and should train and eat to preserve glycogen for as long as possible to get through an endurance event. Sports nutrition companies have plenty of people conned – I overhead lots of conversations during the run that made me chuckle a bit such as ‘oh I need to have my 4th gel for the day (this was at 20km?)’ and ‘I have a banana, 6 gels, a Mars bar and snakes so I should be right.’ The truth is, we have overcomplicated things a little and with GI distress on the rise, bonking still a common occurrence and hypoglycaemia (low blood sugar) happening during races you do need to think about your nutrition just like you think about your training. It doesn’t need to be complicated, but it does need to be well practiced, convenient, palatable, calculated and preferably real. In next week’s newsletter I am going to talk a little bit more about what is actually in these gels that we are told to throw back like there’s no tomorrow…
With that in mind, my next metabolic testing day is the 14th of November and if you have big plans for next year then let’s start nailing your plan NOW. Get set up with a training program (courtesy of the sports scientists I work with) and nutrition program that works for you and get educated along the way. Book here and I’ll chat to you soon. 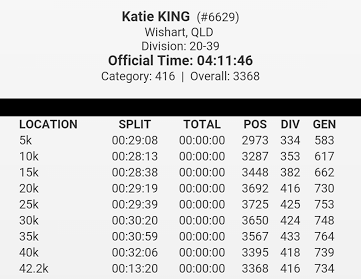