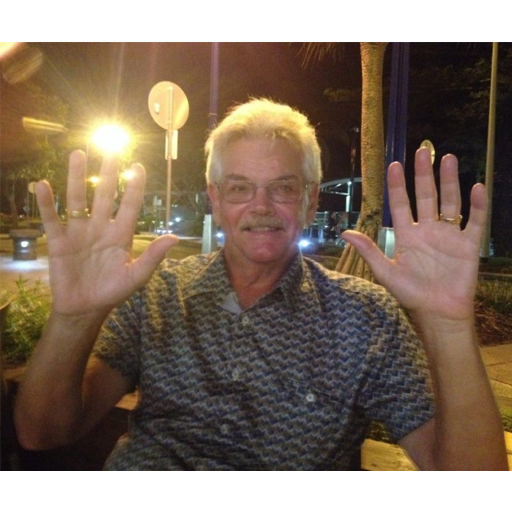 Meet Ray. According to the statistics listed on the Diabetes Australia website, Ray is 1 of the 960,000 Australians living with type 2 Diabetes. With over 280 Australians being diagnosed with diabetes every day, its no wonder its being labelled as an ‘out of control pandemic’ requiring urgent and immediate attention.

Ray was diagnosed over 10 years ago by his GP and was prescribed a mixture of medication to control his blood pressure, cholesterol and blood sugar levels. For the next few years, things generally remained stable; the symptoms were managed, but their were no real improvements to his overall health. About 3 years ago, it seemed that things were starting to deteriorate. Ray’s weight and blood pressure were gradually but steadily increasing and so were his blood sugar readings. A stern warning from his GP that a more sustainable approach was required, prompted Ray to take matters into his own hands and do something to really address the underlying cause of his conditions. The alternative was pretty grim; if his health did not improve then he would be become insulin dependent.

Over the next 6 months, we began addressing Ray’s diet and exercise habits. Remember that Type 2 diabetes is characterized by insulin resistance. In simple terms, this means the body can not control blood sugar levels and has major problems metabolizing glucose normally. Despite being directly related to diet, we don’t seem to focus on this aspect enough; many diabetics unfortunately don’t understand how to eat for their condition. The first switch was to a real food diet, with less starchy and sugary carbohydrates and some more protein and good fats to stabilize blood sugar levels. In addition, Ray began exercising consistently; walking every single day, sometimes up to 12km at a time. 6 months on, back in his GP’s office, he was bar  ely recognizable and needless to say, his Doctor was impressed. His medication was reduced as all of his health markers had improved.

The journey continued for another 18 months and still continues today. Ray has learnt through close self monitoring which foods he is able to enjoy abundantly and what he really needs to stay away from. We have more recently adopted a ‘low carbohydrate, higher healthy fat’ diet and all health markers continue to improve. With the use of some concentrated nutritional medicine supplements alongside his current medication his blood sugar readings are still coming down. His Doctor fully supports his desire to come off Metformin as he is now managing his condition with diet and lifestyle. His current dosages of Metformin are at the absolute minimum and in coming weeks he will be off this altogether.  His weight loss to date is over 30kg, he engages in hot yoga, brisk walking and some strength training for exercise and in June he will summit Mt Kenya in Africa.

The point of this post is to show you that a diagnosis of diabetes (or similar) is not a sentence. Its an indication that something isn’t working right and its time to re-evaluate. Medication has its place of course and is critically important. However, one must absolutely look beyond managing symptoms and also address the underlying cause. According to the Diabetes Australia website, “up to 58% of cases of type 2 can be prevented and we know that good blood glucose control and maintaining a healthy lifestyle can significantly improve the complications associated with diabetes.” If you or someone you know suffers from this condition and they are in need of some assistance to manage it long term, take a look at my Work with Me page because I’m committed to reversing the statistics. The risk factors for diabetes should also be noted: impaired glucose tolerance, high fasting blood glucose, overweight, belly fat, high blood pressure, lack of exercise, smoking, PCOS or PCO (females), high cholesterol and a poor diet in general. Prevention is better than cure in my view and its never to late to improve your health.