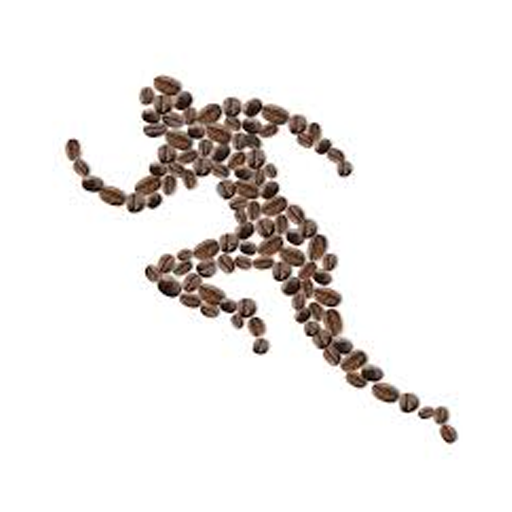 Before you commence reading, I would like to remind you that this is not individual advice and my own body and yours are very different machines. Please enjoy this post and realise that if your current sports nutrition approach is not working, there are other ways to explore and I can work with you to develop an approach tailored to you.

So Sunday morning the 12th of April arrived in cold, crisp but beautiful Canberra; it was the morning of the 40th Canberra Marathon to be precise! Now, those of you who follow me on Facebook and Instagram know that it had been an epic week. My partner Carl had succeeded in completing the 2015 Anzac Ultra – a distance of 300km over tough terrain on the outskirts of the city. Running; yes that is 300km of running. I will write about his story soon, but this blog is all about me! So the week before, Carl had commenced running on Wednesday morning at 8am and completed the race at 2:51pm Saturday afternoon the 11th of April. Now, obviously I did not physically run the race with him, but mentally I was there all the way. I was his one and only crew member and if you have ever crewed for someone in an ultramarathon you will know how critical this role is. For that time, however long it take your runner to finish, you are there. 100%. You are the coach, the chef, the mindset master, the boss, the physio, the masseuse, mother, partner, teacher, counsellor, hugger. True success in an ultra really does depend on the dedication of both runner and crew and how well they understand eachother. So for 78 hours I was all of these things for Carl and while it was an epic experience I was… tired. To be diplomatic about it. I had slept a total of 11 hours over 5 days. I had showered twice in that time. And to add to this already disastrous marathon lead in, my longest training run in the preceeding 8 weeks had been a total of…. 18.5km. Hmmmm. For anyone who has run a marathon, this is not exactly textbook prep. Despite all of this, when I climbed out of bed on that fateful day I was quietly confident. I simply knew that I could do it. My aim was to come in around 4 hours 30 minutes and this is how the day rolled out: 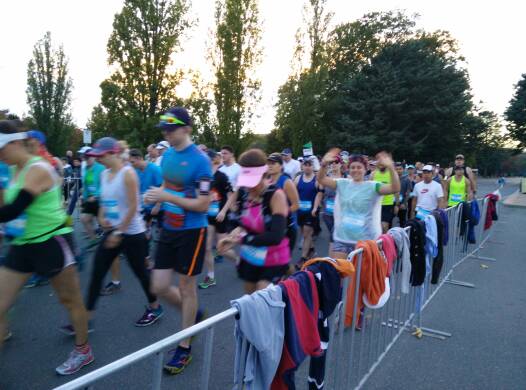 First I ate some breakfast. 2 eggs, scrambled with a bit of strong, hard cheese and some organic butter on a single piece of toast. Probably, if I had been home, I may have had the eggs with a side of spinach on a slice of vegie bread but what I had was fine. A good mix of anti-inflammatory fats (from the butter and eggs, rich in omega 3 and loads of other goodies), protein (also from the eggs, as well as the cheese) and some complex carbohydrates (dense toast). Let’s fast forward now to the race itself where I started slow (6:25am) and conservatively. I sat on about 6:15min/km and was hanging around with the 4:30 pacing crowd. This was a great group to be with and the pacer was Bruce Hargreaves aka Digger – a fearless leader in my own running group in Brisbane. I felt good…. great actually. I cruised the pace up a knotch around the 7km mark and rounded the 10km timing point about 4 minutes ahead of the 4:30 group. At this point, I had drunk a cup of water from 1 of the aid stations and that was it. My second 10km stint passed rather unremarkably. I remained on about 6:15km/hr and power walked up a couple of hills at the 15km mark and the 18km mark. I knew that power walking strongly up the hills would work well for me as a strategy – my couple of experiences doing trail ultraruns (including the North Face 50 and The Most Beautiful Thing in Borneo) had taught me this strategy. Just before the 20km mark I noticed that I was sweating… more than I thought I would to be honest, considering the cold. As I had consumed some more water from the aid stations I had my first cup (about 100ml) of Hydralyte at this point. I was really impressed that the electrolyte provided at the Canberra Marathon was hospital grade and sugar free…. if you don’t know my stance on sugar then you can read my article from a few weeks ago here.

By the 25km mark I was feeling tired. Not physically (surprisingly) just mentally. I could have happily drifted off the road into a bush and gone to sleep. Exhaustion was setting in. But I had just the thing to help me along in my race belt…. 1 little dark chocolate coated coffee bean! I put that little morsel of magnesium and caffeine on my tongue and let it do its thing. I seemed to perk up a bit after that – it may have been a bit of a placebo affect, but hey it worked. For the next 8km I continued my strategy quite happily; walking up the few big hills in the course and steadily running the rest of it. The only difference I employed at this point was I stopped looking at my pace. I was no longer interested in sitting on a particular speed as I was well inside unknown territory by this point and my goal was to finish comfortably not to finish fast. I had my second cup of Hydralyte during this section of the course as well as some more water as my body indicated it wanted both.

Between 34km and 36km a couple of things happened. Firstly, the 4:30 group passed me, with Digger wishing me his best on the way. I 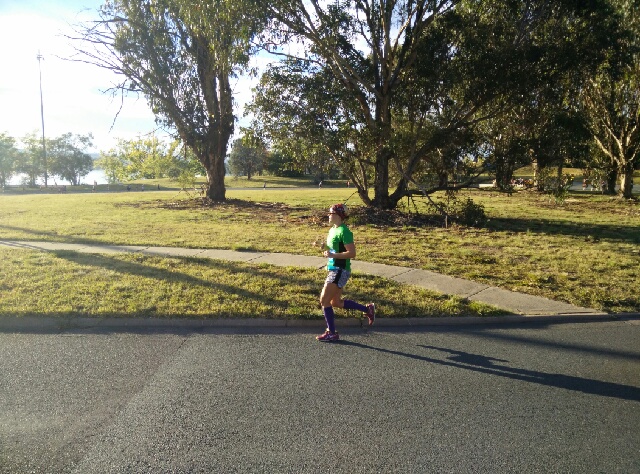 had no problems with this – my current strategy was working and I was not losing energy, merely remaining conservative for the final 5. Secondly, my stomach felt a little queasy. Now, this did stress me for a moment as it has never happened to me before. I am certain I know why this occurred; it was my first time using Hydralyte for an electrolyte source. Violation of racing rule number 1: Don’t try anything new on race day! Had the lead in been different I certainly would have had my own electrolyte source but I couldn’t change that now. For about 600m I walked briskly, also looking for a bathroom. However, after this brief stint of slowing the pace, my stomach recovered quickly and I was able to continue on my steady jog, with another powerful lesson under my belt. The third thing that happened at this point was by far the most interesting, albeit it upsetting. I began to witness the infamous ‘marathon bonk’ unfolding around me. This is the point in the marathon where runners have used up their stored glycogen sources (around 2000 – 2500 calories) and they start hitting walls. Brick walls. Hard. It was nasty. Some people were struggling to even walk with one foot in front of another, I saw another throwing up off to the side of the race and quite a lot of people stopped around this point to stretch out some painful cramps. I passed many and offered words of encouragement which, understandably, were met with grunts. Whilst I felt a gut wrenching disappointment for the people suffering around me I was really celebrating my own metabolic efficiency. I realised that I really had nailed my nutrition strategy and my body was comfortably cruising along drawing fuel from its own existing fat sources. My energy was remaining steady and I was not contending with the glucose / insulin rollercoaster. Remember that to this point I had consumed 1 single dark chocolate coffee bean only.

By 38km I was on fire. I was inside the 5km to go and I was still feeling strong. This was the time to start picking things up. From 38.5km I ran steadily into the finish, walking only for a stretch of 100m on a final ascent into the ring road near the finish. In the last 600m, I picked up the pace to hit 5:30km/hr and ‘sprinted’ in to the finish – catching the runner in front of me (pictured). A good friend of mine, Sam was just ahead of me and it was great to see her smiling face just after I crossed that line. As I headed through the finishes shoot I collected another full cup of Hydralyte and some water. 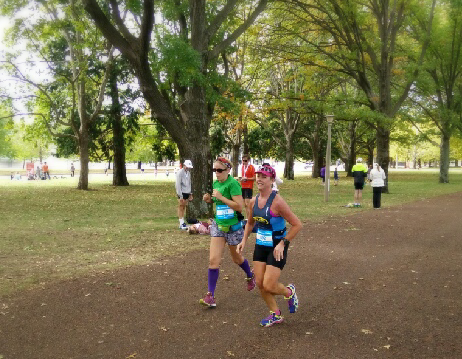 Fast forward to 24 hours later and I climbed out of bed on Monday morning. Well, I am being completely honest here, although I know that many people won’t believe me. I felt fantastic. About the same feeling I have the day after a long training run (about 20km). A little stiff through the hamstrings, but the head was clear and I even felt mentally rested. The evening before I had taken some extra Omega 3 anti-inflammatory supplements as well as some high strength magnesium which would have aided this recovery. In addition, I was able to get through the marathon easily and avoid inflammatory fuel sources (sugars, soft drinks, gels) that so many runners rely on. My final time, by the way was 4 hours 39 minutes – not far off my ultimate goal on quite a hilly course. I honestly can’t wait to run my next race. And I can guarantee 1 thing…. from now on, every race I run, I will be sure to carry 1 lucky coffee bean with me along the way!